Building a large station, as is needed for pickups and drops for secondary industries, is a difficult task. There are many challenges due to the large capacity. The station must have sufficient flow to prevent jamming. Cities, industries, and other landmarks provide boundaries to a desired station layout.

A typical secondary station consists of about 20 platforms and is served by a ML of 3-4 tracks. It requires a lot of skill to build a proper joiner after the station and it is even more difficult to build a splitter to allow the trains to efficiently access the platforms. This complexity typically requires lots of bridges, tunnels, and presignals.

This idea proposes a station that can be extended from a small-scale station to a much larger-scale station by adding platforms in the same pattern, without needing to completely redesign the station as its capacity grows. The station is turned by 90 degrees relative to the track the trains come from. The trains pass through the station until they find a free spot, and then enter it. If the traffic is too heavy, the station can be extended with more platforms. After adding presignals, it works... for slow traffic. As a train in the presignal area will block the whole presignal block, other trains have to wait at the beginning, even if there are a lot of slots free. 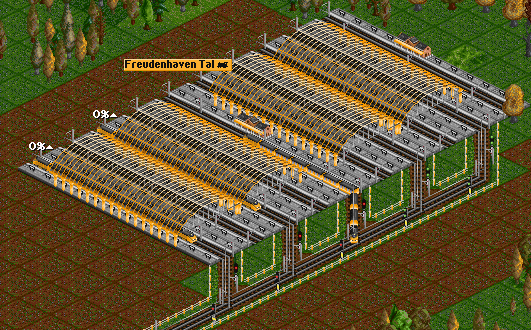 As you see, the train entering the station blocks the other train from joining the last slot. So I thought about some presignal stuff which transports the information "slot is free" from the slots at the end to the presignal at the beginning. I did this with a second line, similar to priorities. 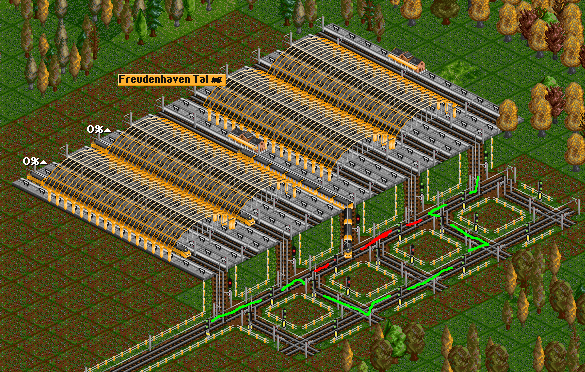 Notice how the free-slot information "travels" through the marked tiles around the train which blocks a segment. With these presignals, a new train can enter the presignals even if there already a train entering the platform.

How to improve the layout

Only a half of station's platforms are used and cannot be used from this side as the complex signaling blocks the entry. But they can be used from the other side. 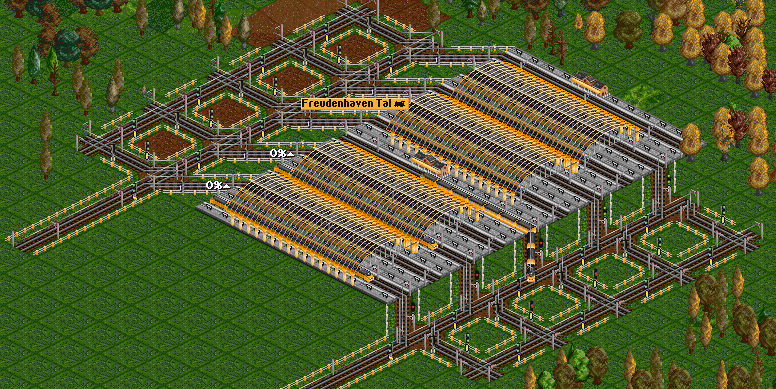 For an exit, the trains can go through tunnels under the presignal logic for the opposite entry. 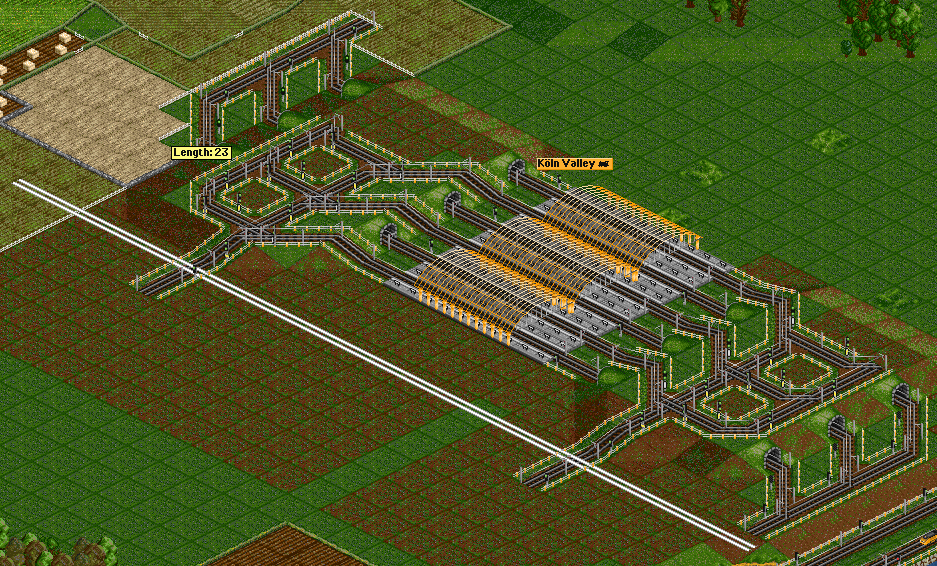 If the trains leave the station, they have enough space in the tunnel to wait if the exit isn't free yet. You can see the exit from the upper part goes east, the exit from the lower part goes west. This can be flipped/switched however you need it. You also see a disadvantage of this layout. This station and all tracks and signals with a TL of 5 are 23 tiles width. You need around 18+TL tiles space for the width. But - and thats the advantage - you can extend this layout as long as you need. 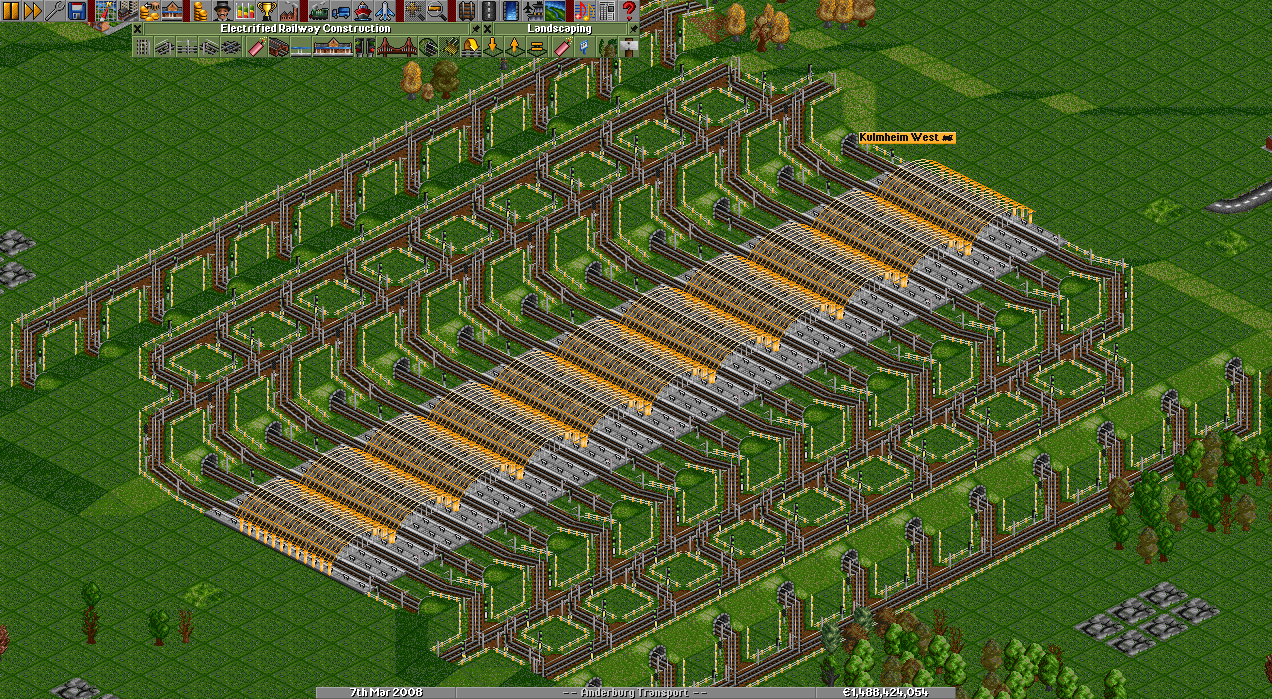 You see here again you can choose from where the trains come and where they go. This can be changed as whatever you want. 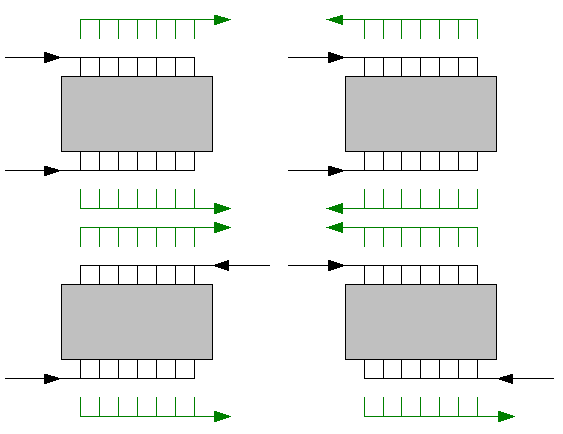 Thats how it looks in a real game 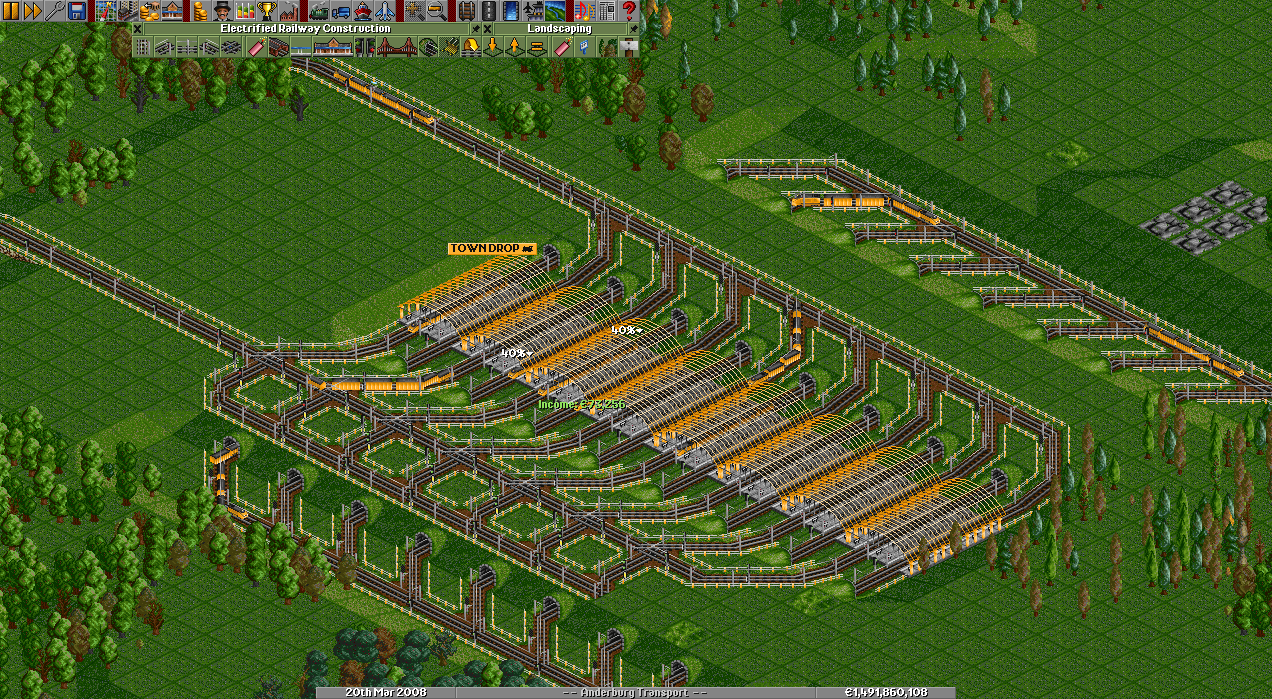 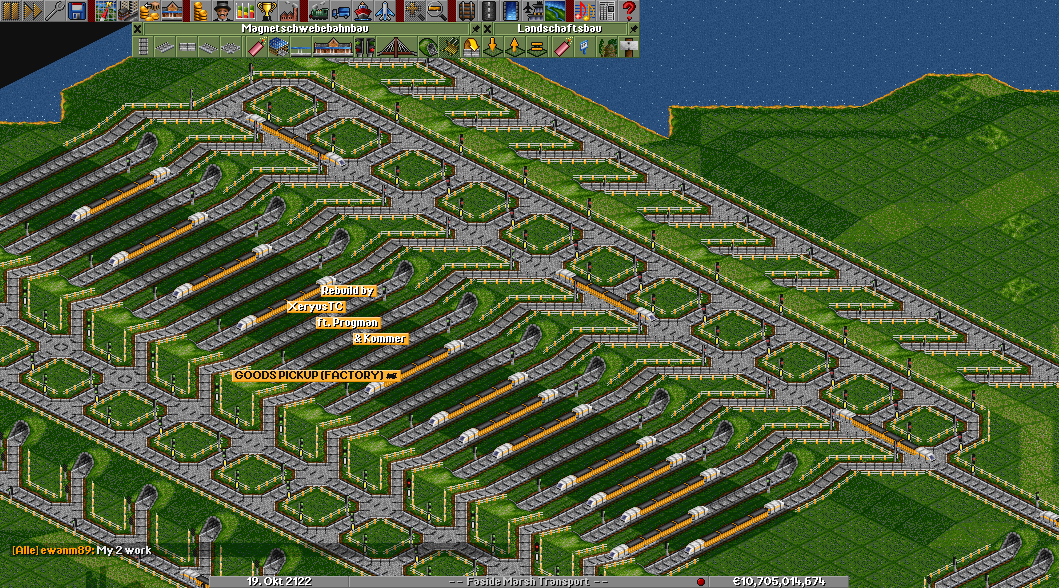 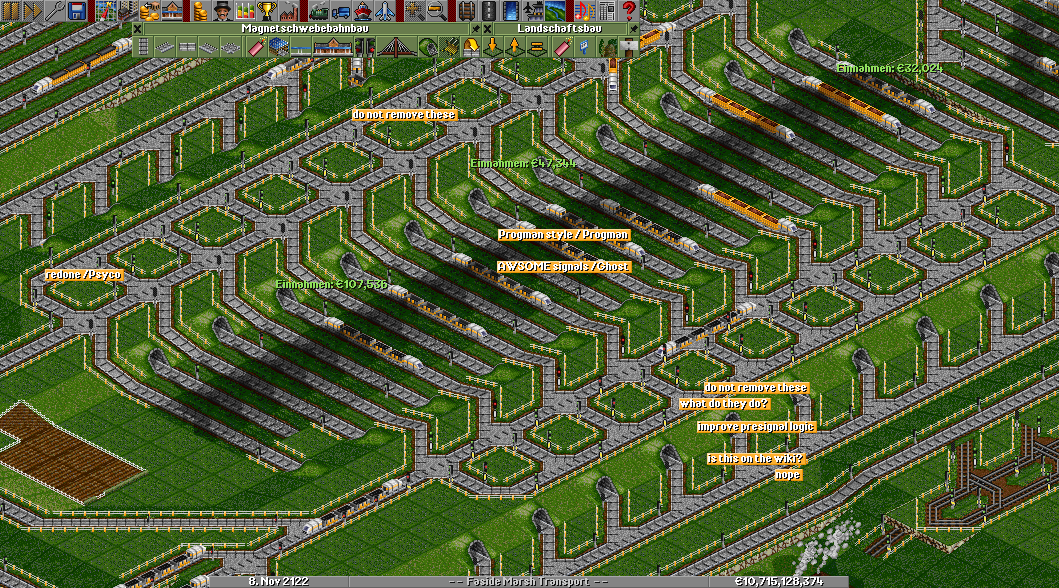