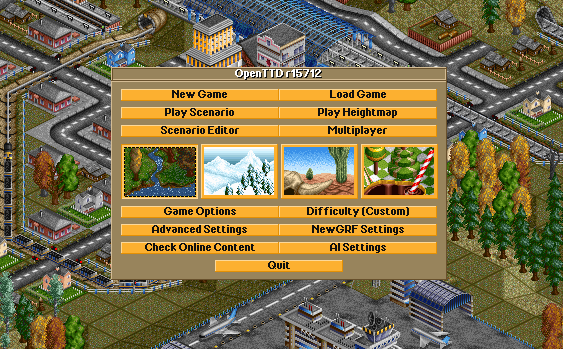 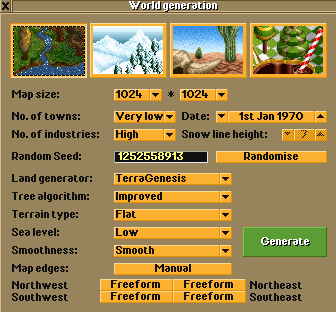 Now you have your map, you might want to set up boundary conditions, such as a fixed train length, gametype or game requirement. You can also add a small story or map explanation, to detail the rules used. Please put these condition somewhere on the map in signs, preferable in a lake. Now before you save the game, please put the camera fully zoomed in above a lake. If you put in any boundary conditions, make sure the camera is above those. The camera position when you save your game will be used for the entire game and will also be the place for the message board. A zoomed out state here is not desirable as it will make joining for slower computers way more difficult, if not impossible.

If you have finished building a scenario, you can upload it to the ready-to-start maps collection page with a suitable description (an example entry exists). You can ask a member at the #openttdcoop channel on irc to review your map and if it is ok, chances are good that we add it to the server for inclusion in the next game. You can also ask us for some feedback on irc when you are unsure about some of the above points!