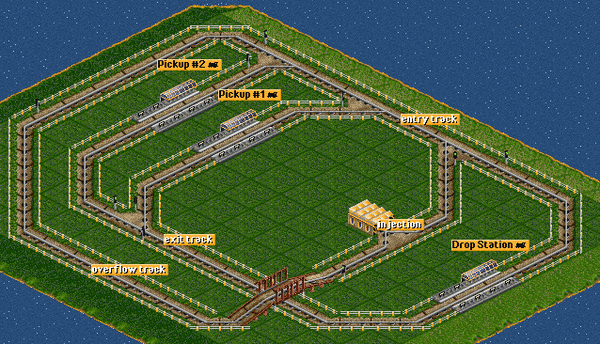 The stations of the SRNW are one of its biggest drawbacks. To prevent trains from clogging the first station and driving around empty, stations should only let trains enter when there is a full load waiting. To solve this problem, all trains have a waiting bay. This ensures that when there is a full load, there is a train to transport it. Furthermore, all stations have a dummy train. This dummy full-loads, blocking the waiting train. Only when it is full and moves away to unload can a train enter the station and pickup the cargo. Even though this works, it does prove to be quite a hassle, especially for larger stations. 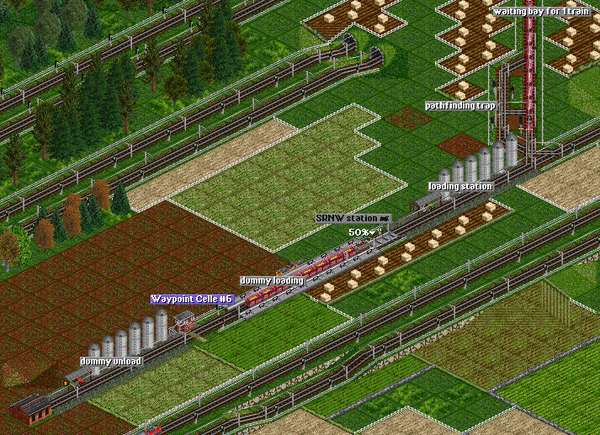 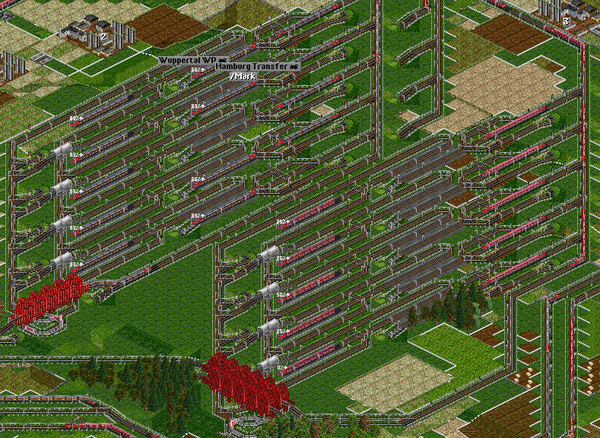 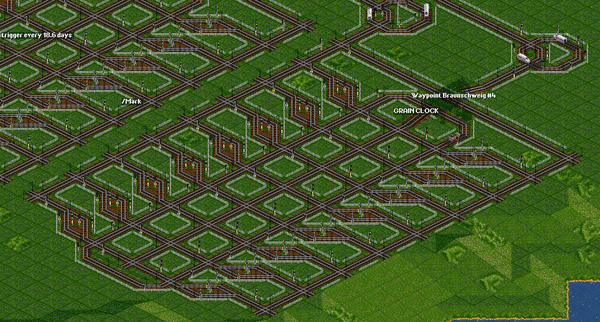