In this part we build our first basic junction (in #openttdcoop we always call it "hub"). Since we always build multi-track-junctions, a junction is a bit more complicated than you may have done it before. We try to build efficient and fast railways and therefore we need efficient and fast junctions as well. For the start we will analyse a so-called Sideline Hub - or SLH for short. 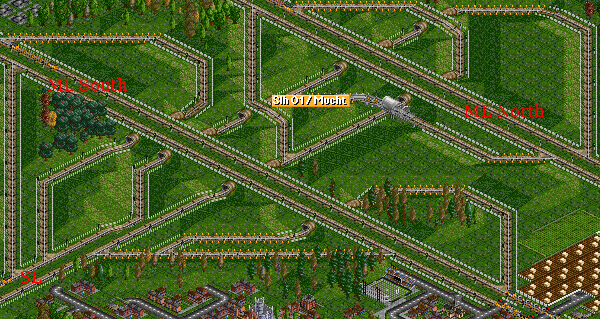 We find several important things in the image above:

But for now, let us come back to our topic - basic junctions.I know what you are thinking: "Why are they doing these weird things?". The answer is: because it is the simplest thing in the end. Make a clean and intelligent building right from the start - it saves you and others later on.

Just imagine a game with 300+ trains and 100+ stations and every station has its own connection to a mainline with high traffic. All these entering/leaving trains will slow down other trains - it's some kind of chain reaction. SLH's are intended to be fast connection points from sidelines to mainlines. Traffic from stations are bundled to sidelines and via a SLH they are bundled to a massive mainline. This - in the end - ensures a fast and comprehensive network!

Name the HUB
Every hub has a name! Not only because we are gifted writers but also because of finding all these hubs in the future. On a typical 512x512 map we end up with at least four "Backbone Hubs" (explained later on) and at least eight or even more Sideline Hubs. 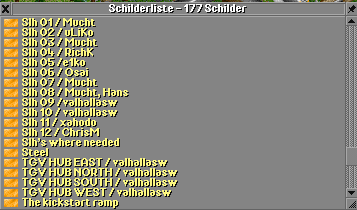 Since #openttdcoop has something to deal with both communication and coordination it has proven that "Look at SLH 3" is easier to communicate rather than "Look at this hub east to the hub which is west of the eastern one". This ought to be obvious.

Things to keep in mind while constructing

The signals set as close as possible 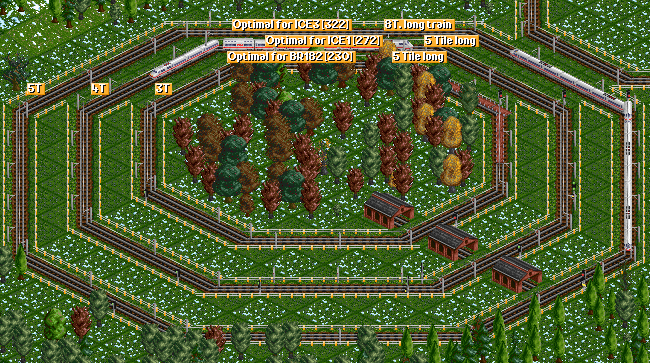