When building lines in networks at some point you will encounter an Un-Removable object such as an antenna. There are multiple ways to avoid these and some are more effective than others. Here are a few examples:

Going around is a simple and efficient way as long as the line is not too wide and the turns aren't too short. The curve around must be wide enough that trains do not slow down from encountering a tight turn, we call this curve length, or CL for short. The curve must also not force trains to change direction more than two times in the train length, or TL for short. Here is an example of a track curving around a transmitter antenna: 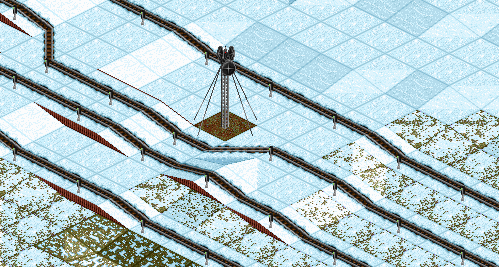 Going under is just as simple. Dig 2 hole's and place tunnels. Of course tunnels can't be signaled so for busy line's Multiple tunnels for every track could be required. Here is an example of a track using double tunnels to go under a power station, notice the track is offset on either side so the path through either tunnel is the same length, 7 straight tiles and two diagonal: 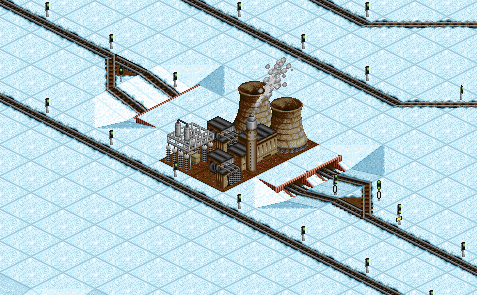