Priorities, or prios, are a type of signal logic used in mergers. Priorities can be made in many ways, all which will be covered here.

This is the easiest way to create priority. Use it with care though; when you have multiple two-way combo signals in a row the entire row will be red if one further down the line is, which will cause trains behind the one triggering the prio to stop. This kind of prio should be limited to one combo signal and an exit signal, making it only useful for very short trains or to avoid obstacles in more advanced prios. 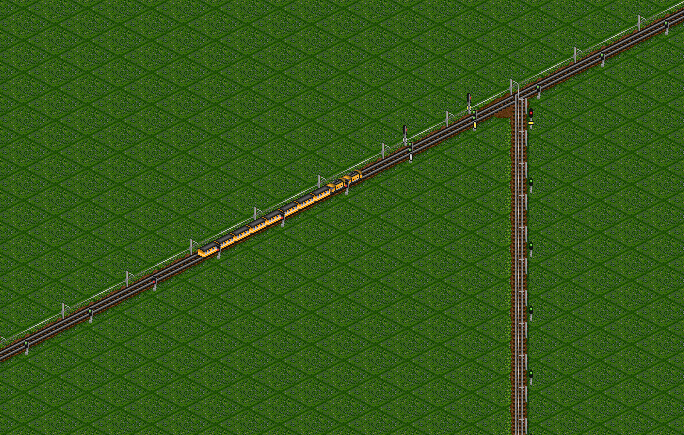 Showing the maximum length a prio of this kind should be

This type of priority can be made infinitely long without causing any delays. It works as follows: a train on the mainline triggers the first of the combo signals on the parallel prio track, which then triggers all combos in the row, effectively making trains on the sideline wait when a train on the mainline is within 9 tiles of the merging point. 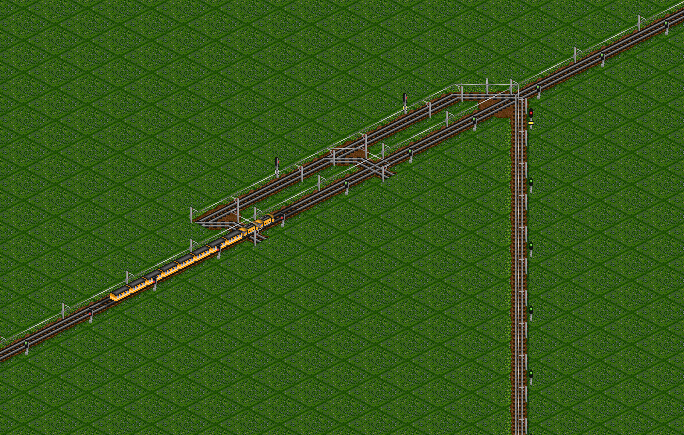 A standard priority using a parallel track; the most common in our games

Note that you don't actually have to connect the parallel track to every gap between the signals, as long as the gap between the connections is not longer than the shortest trains on the network you're fine.

If you run out of room, sometimes using two-way signals and standard priorities is necessary. 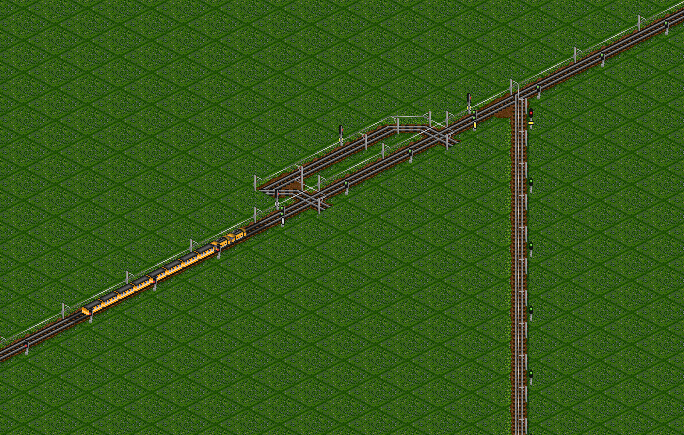 Standard prio over a bridge

When you're building compact hubs you'll often find this trick to come in handy.

A standard prio over a bridge using a parallel track.

The risk using this construction is that the gap between the connections to the parallel track becomes longer than the train on the mainline, in which case the prio won't trigger. This makes it pretty much un-usable for networks with trainlengths shorter than 4.

Presignal prio over a bridge

Even though it uses about the same space as standard prio over bridge (mentioned above), it doesn't need third bridge to function and is also friendly to low TLs. 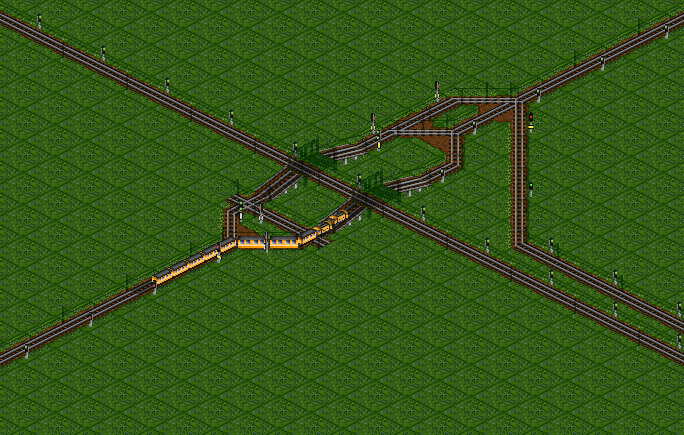 A presignal prio over a bridge

PBS introduced some interesting ways to make prios. This prio does exactly the same as the pre-signalled one:

Useful in very tight spaces where twoway signal combined with standard prio is still too large. 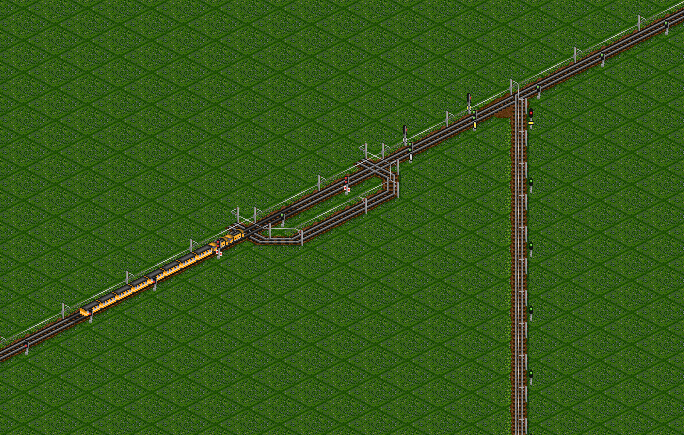 The most interesting prio PBS introduces is the prio over a bridge. Using this technique you don't need a parallel track to have priority over a bridge, also you don't have to worry about the long gap between the connections anymore. Don't forget to use twoway signals at bridge exit, because PBS is likely to fail when combining twoway signal with oneway one. 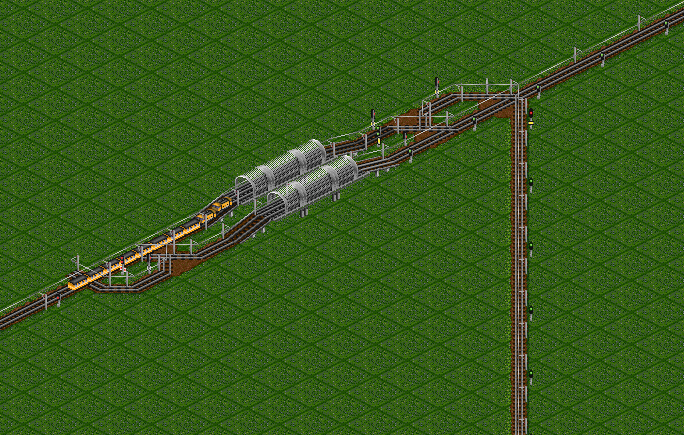 Facing limited space is proverbial daily bread when it comes to joining or merging lines. Here are two examples using knowledge explained above how to build priority while keeping space used at minimum. 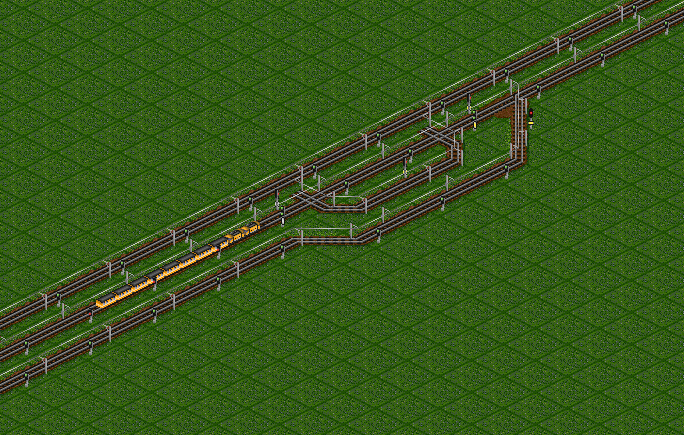 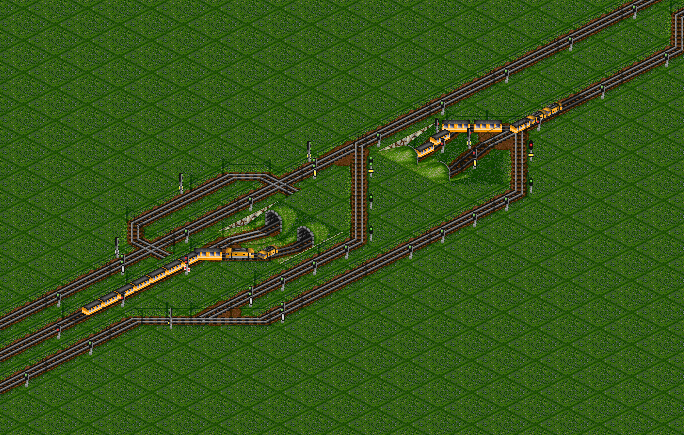 << Oneway or Twoway Presignals | ^^ Back to Presignals Guides Index | Balancing >>