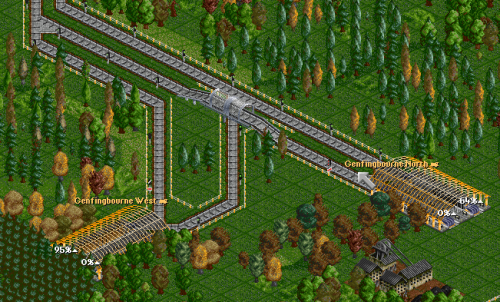 Things like using double bridges and curve lenghts are less important on sidelines.

Primary industry stations are always connected to sidelines, and are probably the simplest things we build in #openttdcoop games. The number of platforms depends on the production rate of the farm/mine/forest, but we usually start with 2-3 platforms. Take care about the pickup rating at primary industry stations, it should be as close to 100 percent as possible to raise production.

You should always keep some space in front of the entrance to a sideline station, with space for at least 2-3 trains, but more doesn't hurt. If all platforms of the station are occupied, you might have a train which wants to enter but has to wait in front of the station until another train departs. If there is too little space between the station and the corresponding sideline for waiting trains, the trains may jam up the sideline. 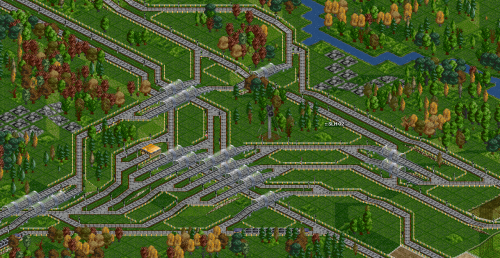 A typical SLH connected to a LL_RR mainline