Compressors, are unique niche constructs that appear on Mainlines. They purposefully stop and restart mainline traffic so that the trains are as close together as possible. 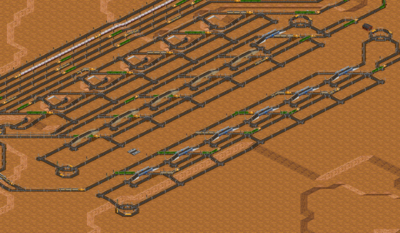 The idea is to load trains into waiting bays, with enough space between them, to allow each train to leave and accelerate up to full speed, just before the next signal. They have to be precisely controlled, so as to release quickly, and not block following traffic.