In an attempt to reduce the number of bridges and crossings in a Backbone Hub, you can try something like a Pivot BBH where the traffic rotates around a central pivot point. For example, in the figure below, a LL_RR 3-way BBH is built using this concept. 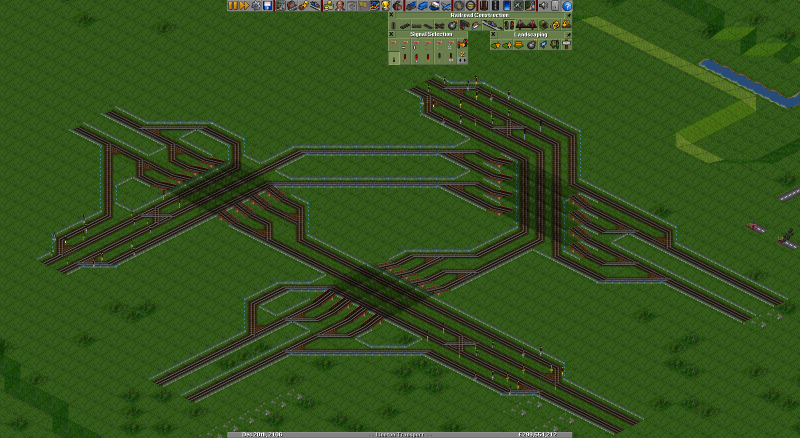 As you can see above, the traffic rotates around the central area in a counter-clockwise fashion. Every input will first cross over one set of tracks, and then be crossed over by another set of tracks. During the first cross over, the input splits to send trains to both outputs.

Rather than having the tracks split and re-koim after crossing another line, you can keep them split and use the already split lines for a balanced merge. In the example below, the top exists are merged all-to-alll while the bottom and left exists are Inner Mix merges for the sake of demonstration. 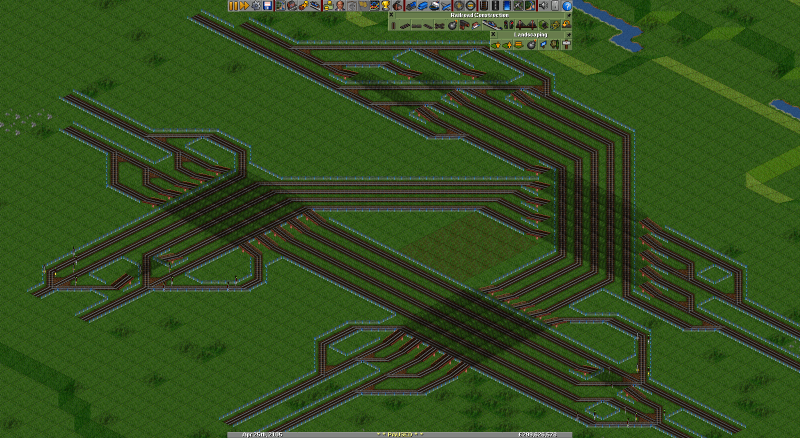 Example of a Pivot BBH without rejoining 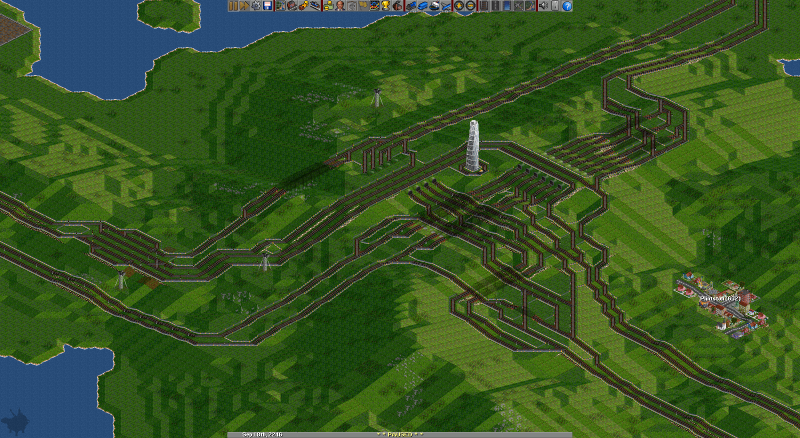 Example of a Pivot BBH
Retrieved from "https://wiki.openttdcoop.org/index.php?title=Pivot_BBH&oldid=28139"