Since November 2008 there's a new tracking system for our grf pack. If you got proposals or updates for the next release, please issue a new ticket

These suggestions are already included:

I've found an updated version of SAC stolen trees here: http://www.tt-forums.net/download.php?id=76895
It's with small trees, works in arctic and therefore has snowy trees that look absolutely delicious.
Unfortunatly I can't find the corresponding thread, I got the link from http://www.tt-forums.net/viewtopic.php?f=31&p=672597
George probably made the update as indicated here: http://ttartist.freeforums.org/infra-tycoon-landscape-t12.html

Currently I think terrain is ready. Also most of infrastructure and some industries.

I hope I gave you now the newest versions. the problem with this set is that it isn't complete, for example the tropic industries only includes two plantations.. So mainly it would be for showing off these :D And for testing too. There are more, but I'm afraid others are too incomplete. Ofcourse if you want you may use the others too :)

[3] I just released an alpha version so we could play with it :).

Yet another new cantilever bridge This bridge are not static, but there is a static version of this bridge too, but you cant build it very long. I suggest use nonstatic this time... This completly replaces the second cantilever bridge with new graphic, a possible lengths coded, drawn by --Thgergo 23:01, 20 August 2007 (UTC)

Capacity/price multipler tool for newships nfo here its nfo if you want to know how its working:)--Thgergo 21:48, 25 August 2007 (UTC) tt-forums thread This is my cantilever bridge replacement, replaces the cantilever bridge sprites. Compatible with total town replacement set 3 bridges, since this is only a simple sprite swap, so this grf can be used as an user dependent static grf. Compatible with newbridges.grf too, but only the second bridge will be replaced, and it will shine in green:) We could use this grf if you like it...--Thgergo 12:20, 28 May 2007 (UTC) Unfortunetly OTTD detect this as an unsafe static grf, it doesnt like the narrow gauge code in my grf... For static use I can provide a cutted version to use it for static.--Thgergo 20:26, 4 June 2007 (UTC)

I saw a screenshot of OTTD with newbridges - I guess it could work.

Good replacement for the toyland climate, i think it looks better than the origainal toyland --thgergo 20:45, 29 April 2007 (UTC) 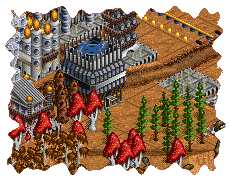